I am an assistant professor of Philosophy working at the intersection of philosophy and the cognitive and behavioral sciences.

You can scroll down and check some of my publications or visit ResearchGate to find preprints of most of them. And here is a list of some previous and current projects on my public profile on Open Science Framework. Feel free to write me a mail [name.surname@gmail] or private message me in twitter. 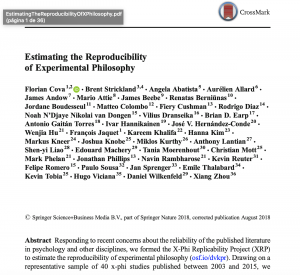 Responding to recent concerns about the reliability of the published literature in psychology and other disciplines, we formed the X-Phi Replicability Project (XRP) to estimate the reproducibility of experimental philosophy (osf.io/dvkpr). Drawing on a representative sample of 40 x-phi studies published between 2003 and 2015, we enlisted 20 research teams across 8 countries to conduct a high-quality replication of each study in order to compare the results to the original published findings. We found that x-phi studies – as represented in our sample – successfully replicated about 70% of the time. We discuss possible reasons for this relatively high replication rate in the field of experimental philosophy and offer suggestions for best research practices going forward. 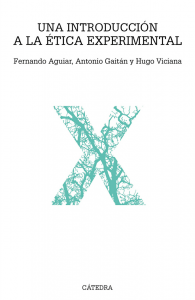 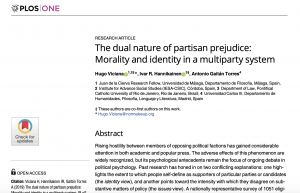 The dual nature of partisan prejudice: Morality and identity in a multiparty system Journal Article

Rising hostility between members of opposing political factions has gained considerable attention in both academic and popular press. The adverse effects of this phenomenon are widely recognized, but its psychological antecedents remain the focus of ongoing debate in political psychology. Past research has honed in on two conflicting explanations: one highlights the extent to which people self-define as supporters of particular parties or candidates (the identity view), and another points toward the intensity with which they disagree on substantive matters of policy (the issues view). A nationally representative survey of 1051 eligible Spanish voters yielded support for both explanations. The perceived magnitude and nature of disagreement were associated with increased partisan prejudice, while controlling for partisan identification. Path analyses revealed that issue-based prejudice was more pronounced among ideologically extreme agents (β = 0.237, 95% CI [0.174, 0.300]) than toward extreme targets (β = 0.140, 95% CI [0.078, 0.201]), and replicated recent findings that identity-based prejudice is motivated primarily by non-instrumental factors (β = 0.286, 95% CI [0.230, 0.337]). Together, these results indicate that discrimination across party lines responds to two fundamentally distinct, though at times co-occurring, imperatives: to coalesce in ideologically homogeneous communities, and to protect one’s sense of partisan identity. 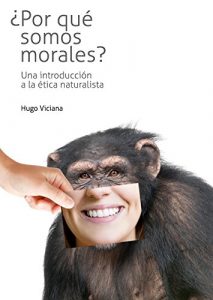 For all the scholars of science communication, pseudoscience and the epistemology of science. Mark your calendars for this weekend in Seville in October. Call for abstracts now open! https://publicunderstandingofscience.weebly.com/
@LindaSkitka @STWorg @FasceAngelo @anibalmastobiza @survgaze

Reflective equilibrium in the lab 👇

Do people care more about ‘General Moral Principles’ (such as utilitarianism) or their intuitions in philosophical thought experiments?

@SchoeneggerPhil & I run an experiment in the context of Population Ethics to answer this question.

The program for the 2nd European Experimental Philosophy Conference is now available on the website http://xphieurope2022.weebly.com.

Looking forward to meeting you all in Granada!